We recently ascended up Machu Picchu mountain early in the morning to get a wonderful view of Machu Picchu.  We hiked about an hour and a half up to the top of the mountain, and were treated to an incredible view of Machu Picchu.  Once we got to the top, we stayed for a while. After taking a few pictures and walking around the summit, more and more tourists started piling up.  We started to have a small lunch when all of the sudden we see a bear.  “Urso!”. I looked. I see a bear cub running across the summit about 5 feet from us. This is a “Spectacled Bear” or sometimes referred to as the “Andean Bear”. I knew this bear existed and I knew it was the only surviving bear in South America, but I never expected to see one.

Then, as can be expected, hoards of tourists start yelling “Bear! Bear! Bear!” and start running towards the cub in all directions. The bear then continues running until it’s cornered on three sides by about 30 to 50 people and a steep mountain cliff on the other side. The onlookers seem to lose all concern for wild animal safety. My concerns were different, I thought. “ok, where is the mother bear?”…. As I observed the wild pack (of people) cornering this bear cub, a couple tourists begin giving it scraps of food while others saying “Aww! Cute!” and similar gestures. The bear cub is cornered and just eating fruits and other food scraps people were offering it.

The food scraps stop, and the bear gets agitated.  The bear starts lunging at the tourists trying to get the rest of their food, including swatting the body of the tourist and clamping it’s teeth in a quick bite on the leg of one of the tourists. Immediately, to keep the bear away, one tourist kicked the bear multiple times. It’s just a bear cub, so it’s easily overpowered, but it’s a wild animal that has now been trained to approach humans for food.

After this, I left the scene, but stayed close by.  Ten minutes later I returned to the scene where the bear was still cornered, and a tour guide was demonstrating how to feed the bear while his tour group looked on, laughing, smiling, and trying to take selfies and pics of the bear cub being fed.  A tour guide? Frig. I spoke directly with the tour guide in front of everybody because it didn’t look like anyone there was willing to step up and say something.

Me: “Do you really think you should be feeding the bear?”

Me:”It’s a wild animal, you really shouldn’t be feeding it”

Me: “Well, I saw people feeding it earlier and as soon as the feeding stopped the bear became aggressive towards people, swatting, and biting them which resulted in people starting to kick and hurt the bear”

Now, I know what’s right and what’s wrong, but I’m not the boss of other people, so I just left it at that, but I did feel obligated to say something as not everyone may be aware of the consequences are, or how to treat wild animals respectfully. I talked to a few other people there who were pretty disgusted and shared the same sentiment as I.

We had to say something, so as we descended the mountain, we talked to the worker who controls entry to the trail that ascends up Machu Picchu mountain. He said the bear has been coming here for the last two weeks because there was a fire a little while ago and the bear lost contact with it’s mother. So, he said, for the last two weeks, every morning, we’ve been bringing up food and water for the bear.

My instinct here is that this is not the right thing to do, but bears do need to eat, and if it hasn’t learned how to collect food on it’s own, survival may be difficult, however, I can’t believe for a second that what is happening at Machu Picchu in this situation is right. I have a sneaking suspicion that they are exploiting this bear for tourism as the agents at Machu Picchu turned a blind eye as did the professional tour guides). The agent went on to say that “It’s ok, these bears aren’t dangerous and they don’t get that big.”.  I don’t agree.

Although the spectacled ear won’t grow to the size of a grizzly or a black bear, they still grow up to 440lbs. That’s big. Once the bear is bigger, no longer cute, and poses a real threat to humans (aka packs of tourists), what happens to the bear then? I don’t think there is any good outcome if the officials at Machu Picchu just continue to let this bear be a tourist attraction.

I’m not a bear expert, but there must be a better solution. Near Vancouver, there are two grizzly’s in captivity at Grouse mountain, in a so called refuge because they were separated from their mother when they were cubs. I don’t like this either – as they also seem to be exploited for tourism, but if the bear is unable to learn to hunt and survive on it’s own, real solutions need to be considered and the folks at Machu Picchu need to get their act together. Leaving the bear to be a tourist attraction at Machu Picchu may prove to cut this bears life very short. 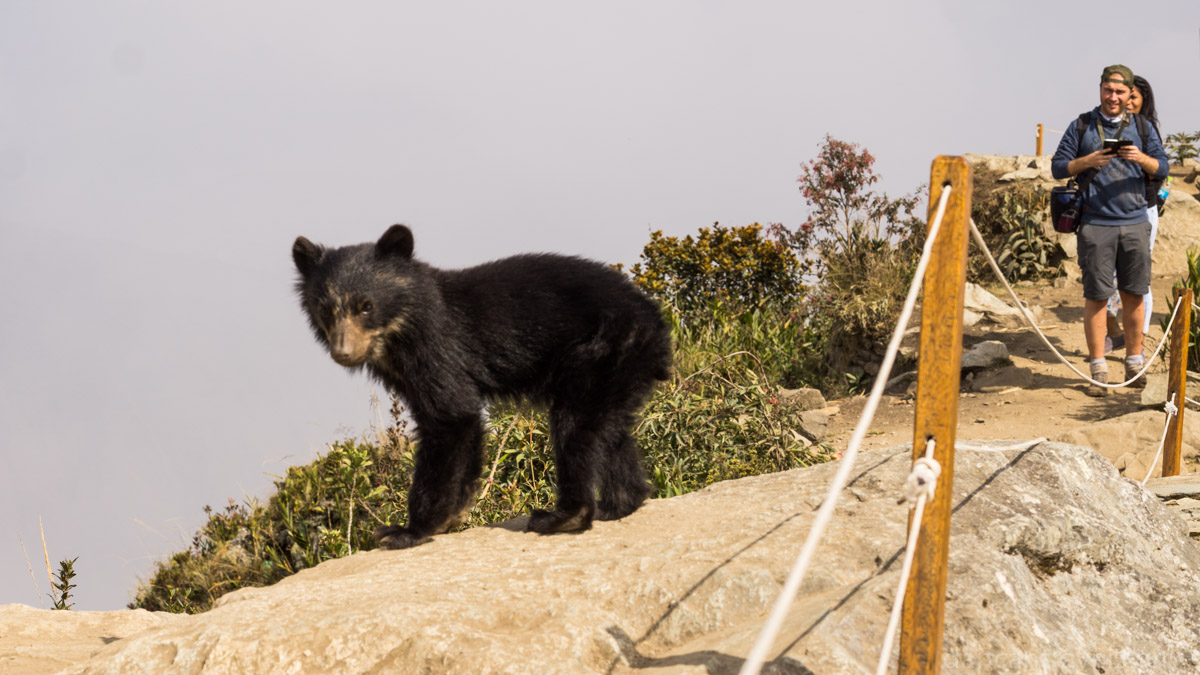 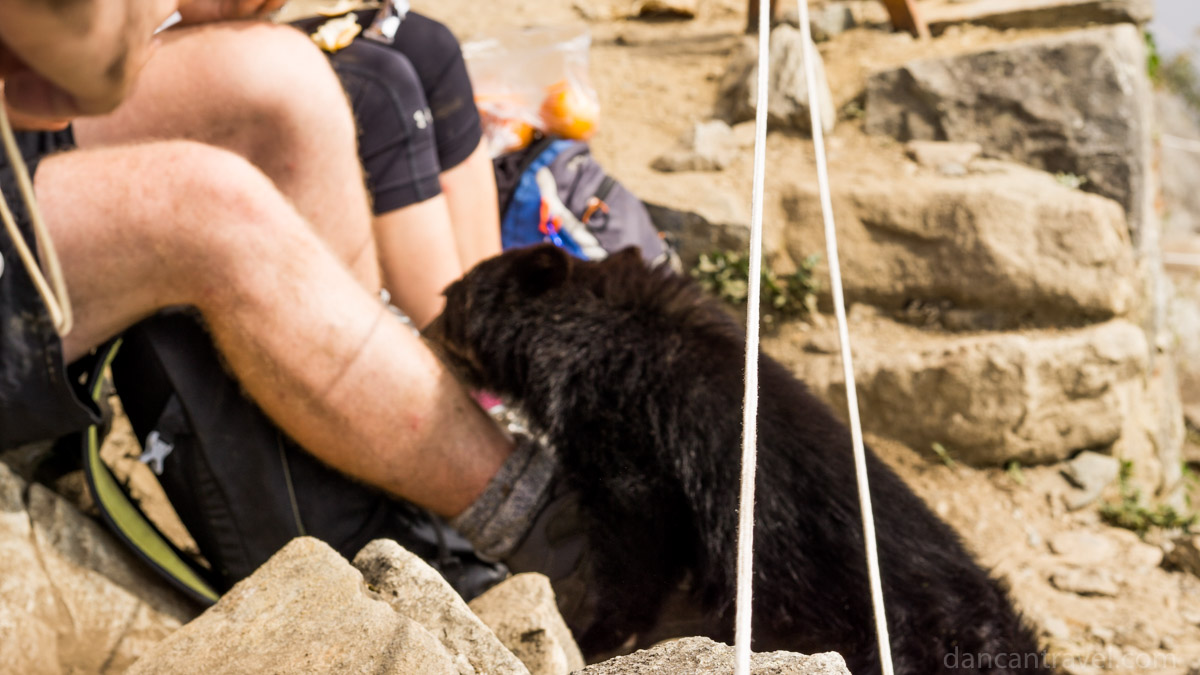 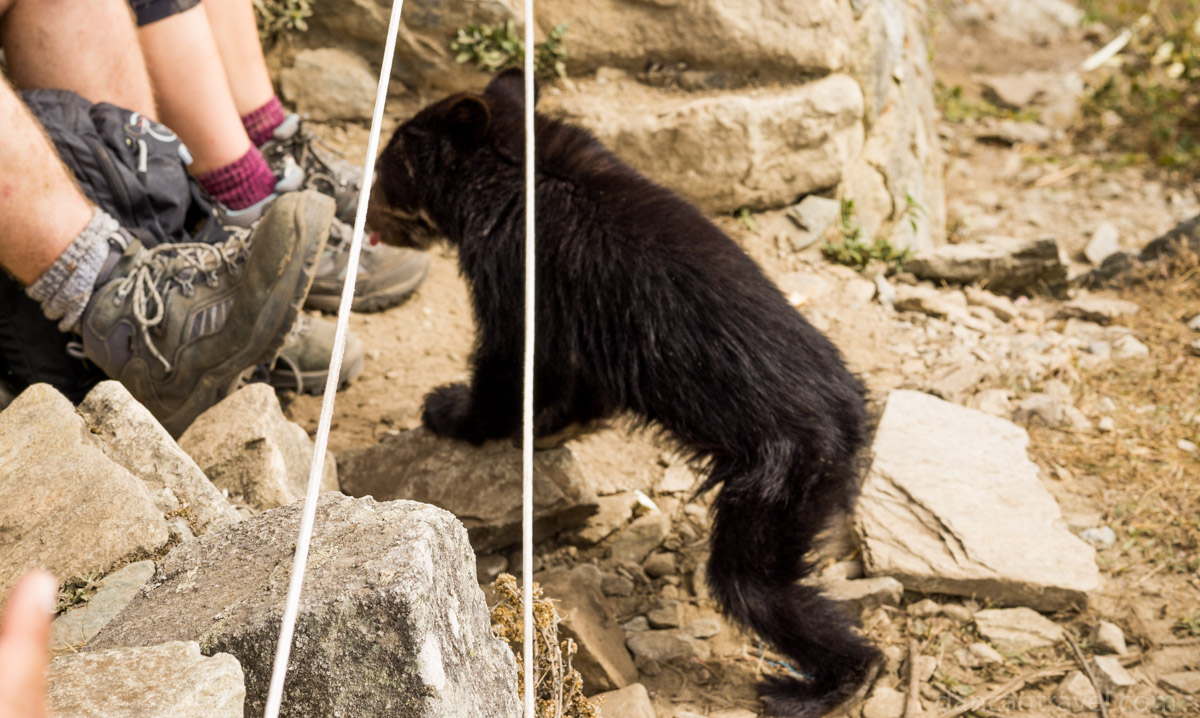 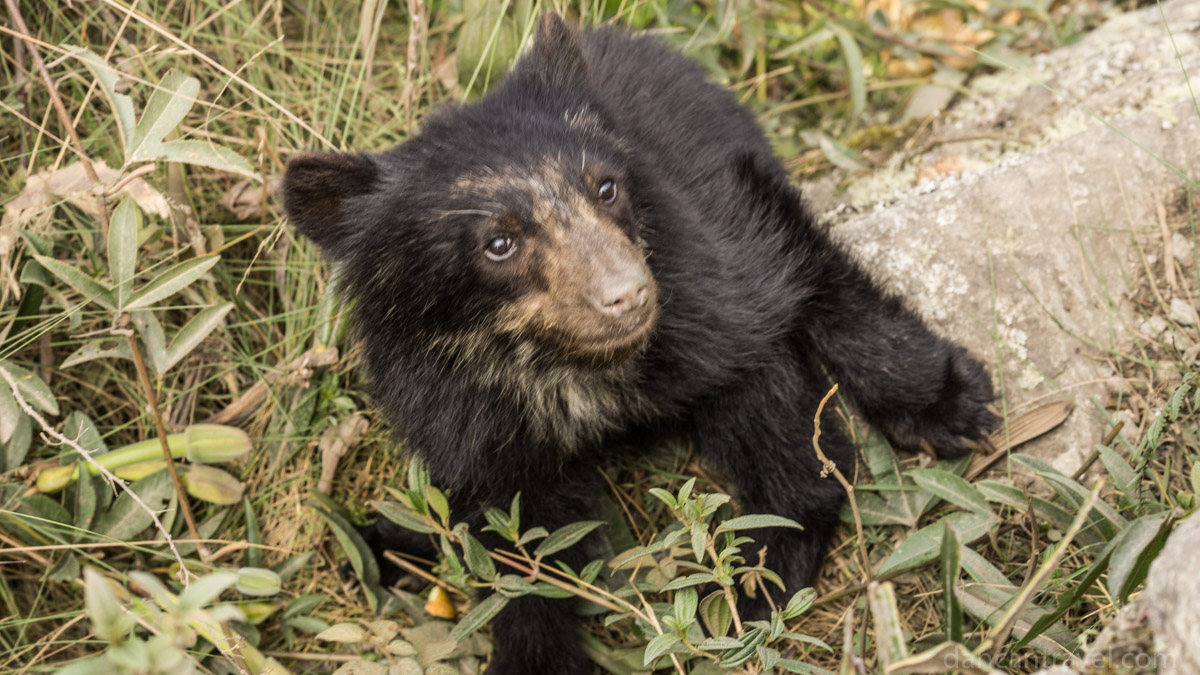 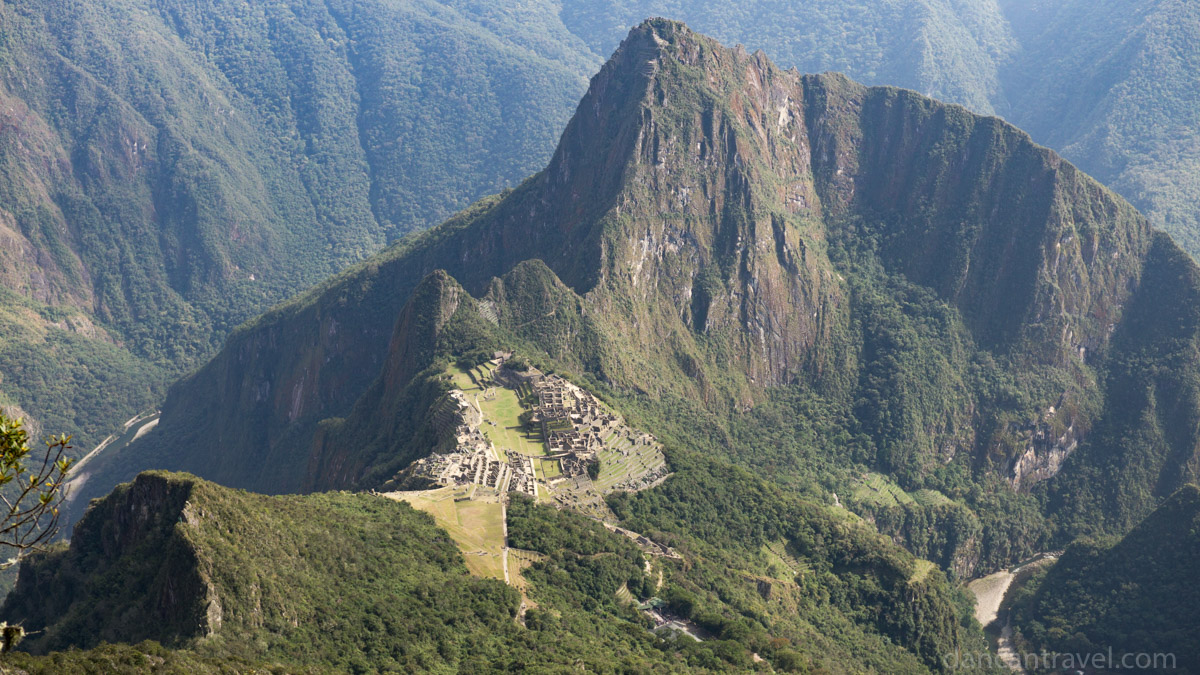