This is Andy.  He’s showing us the skull of a small animal he and his wife found up atop Signal Hill while they were blueberry picking earlier in the afternoon.  After a long day of exploring St. Johns, Newfoundland, we stopped at a small parkette just off of Water St, St. John’s main strip where we met this man named Andy along with his wife – they are both presumably in their mid 50’s.  We sat at opposite benches, but sparked up an interesting conversation.  They had buckets of blueberry’s they had picked and were now planning to sell and presumably eat as well.

Andy, being from the northern part of Newfoundland, up near St. Anthony’s – where the vikings first landed, and his wife, being from a reserve in Labrador seemed to get along quite well with each other, and they genuinely seemed to be enjoying each others company.  The conversation quickly turned to politics and the difficulty in finding work in Newfoundland.  His wife explained, “It’s so easy for people from the Philippines – they take all of our jobs”….  I quickly ask to explain because I didn’t understand…..  “Well, the guy who owns the Tim Horton’s also owns Subway.  He houses a bunch of Philippine workers in a single home and shuttles them to work and back” …. I was really interested in hearing her story, not because I share the same sentiment, but because I’m generally interested to learn about the thoughts and experiences of others.  She’s had trouble finding work in St. John’s and has said a lot of her family has left the province over the years to find work in Quebec, Ontario, and Alberta.  Andy jumped in and says that most Newfoundlanders go to Alberta and work in the oil sands when they leave to find work.

As the 20 minute conversation started to wind down, Andy told us that they come to this spot every day at the same time to smoke a joint.  He asked if we’d join them, but we declined.  We had a big day still ahead of us, and we were only at the half way point.  We wished them all the best, and promised to stop and talk to them again if we saw them on the streets before heading back to Toronto.  We didn’t, but I hope they are doing well. 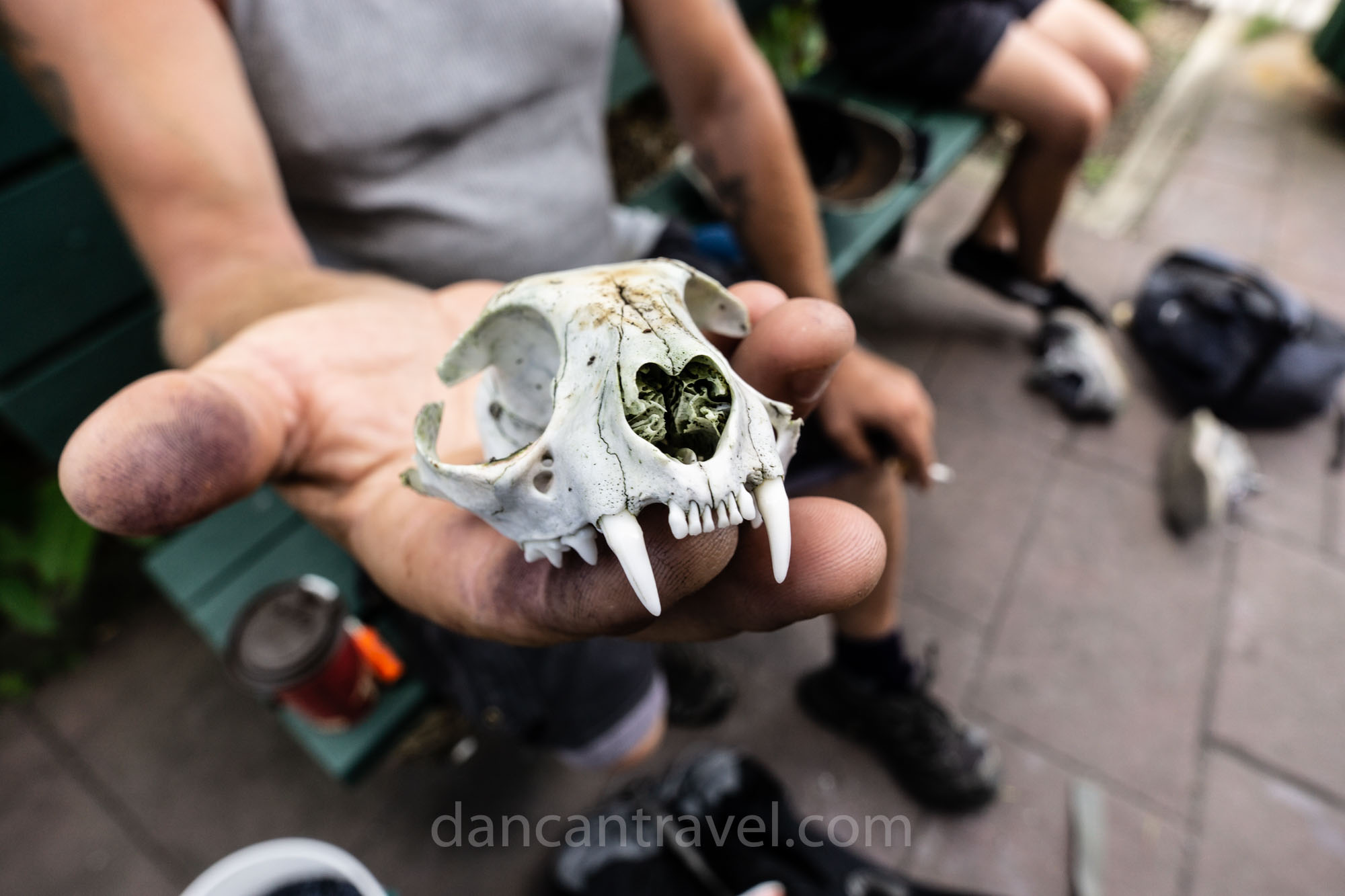