Serious protesting in Buenos Aires completely shuts down Avenida 9 de Julio on June 28, 2017. They are protesting to demand the government do something about the high level of unemployment as well as job losses and the economic policies under the current Macri government. While some Argentines tell me that Argentina needs to protect it’s industries from ‘foriegn exploitation’ and that Macri’s policies are ‘anti-socialist’ and too friendly to foreign entities which will have long term consequences, others feel that foreign investment is critical to boosting Argentina’s economy.

Nicolás’ father was a professor who taught politics at the University of Buenos Aires in the 70’s who’s teachings certainly were sometimes far-left and definitely touched on communism.   Unfortunately, the 70’s was also a time of CIA backed right wing dictatorships all across South America, and Argentina was no exception.  US and CIA backed efforts were an effort to stamp out the left, including the democratically elected left, and completely eliminate any risk of a country moving too far towards communism.  This happened all the while subsequent US backed military dictatorships exploited the resources in South America for their own benefit and the benefit of US institutions, so it was a win/win for US foreign policy regardless of how immoral, justified, or unjustified  it was.  10,000’s of disappearences and presumed murders funded by the United States and the CIA. Kidnappings and murders of left wing supporters or sympathizers were common, and so Nicolás’ father fled the country to Europe to escape this possible reality.

As a man who is university educated himself, Nicolás assures me that politics is something Argentinians spend a lot of time talking about, and although they often disagree, Nicolás believes that “most” of the Argentine people want, and believe Argentina will always be, a socialist country.  His version of socialism is not quite socialism, but it’s rather Peronism.  Although it’s often mis-used by political parties for their own populist agenda, “true Peronism” as he puts it, follows the original ideology of Juan Perón, and can be defined as a kind of right-wing socialism.  He tells me that most University educated people in Argentina are “Peronsists”, although not everyone agrees and arguments when discussing this among Argentines are expected.

Nicolás explains to me that (he believes) all of Argentina’s problems stem back to US intervention in Argentina throughout the last century, and most of the country’s up’s and down’s can be mapped directly back to this intervention.  He goes on to tell me that people are angry;  “The government is selling out our future.  We want jobs back.”, he says.

30 minutes after we arrived at the scene, the protest ended in violence.  The police rolled in, and tear gas and rubber bullets deployed.  The crowd eventually dispersed finally allowing the free movement of traffic on the most important thoroughfare in Buenos Aires. 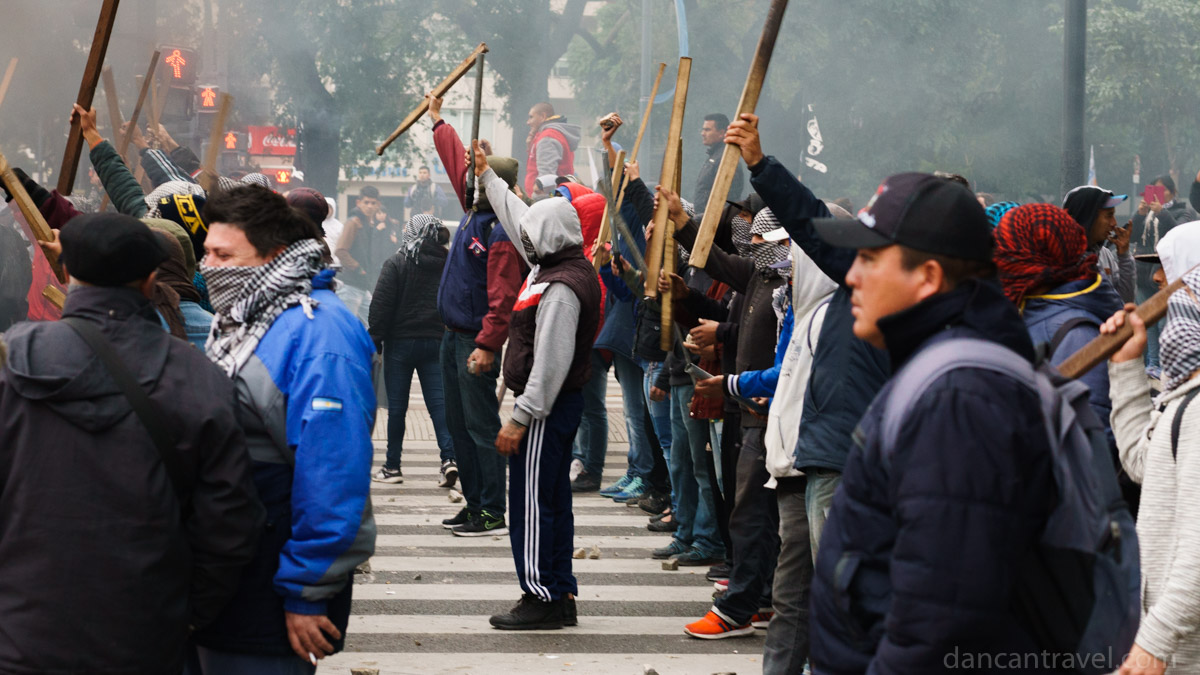 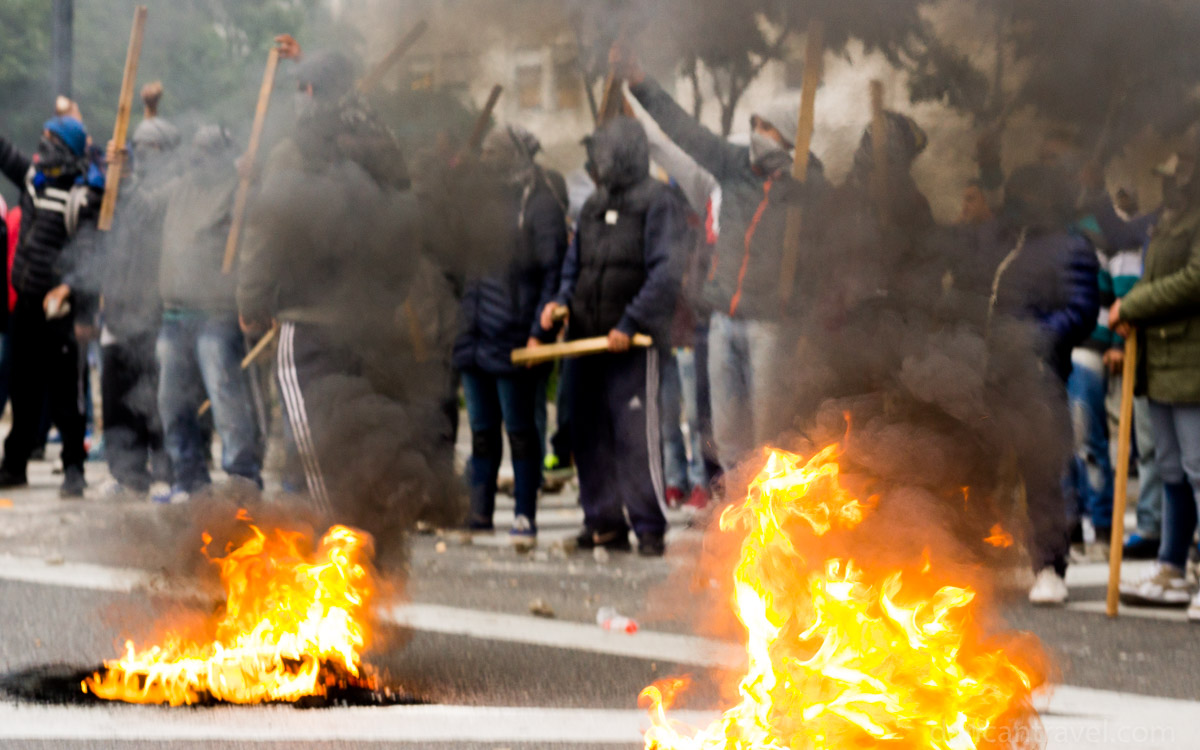 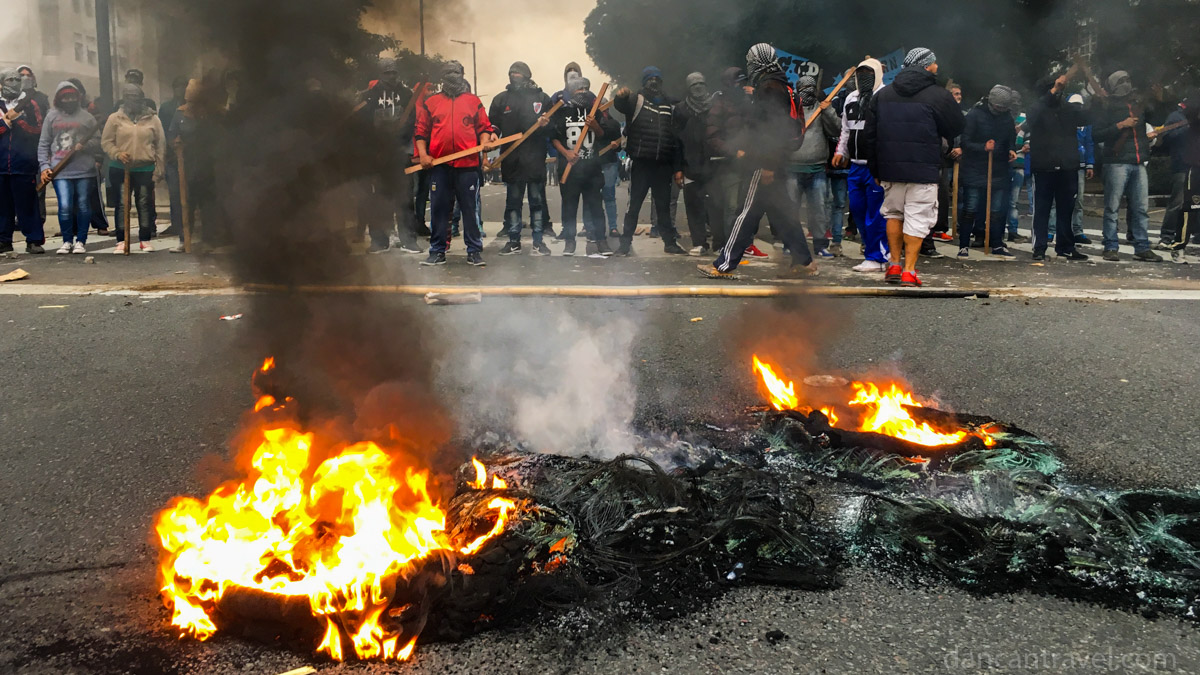 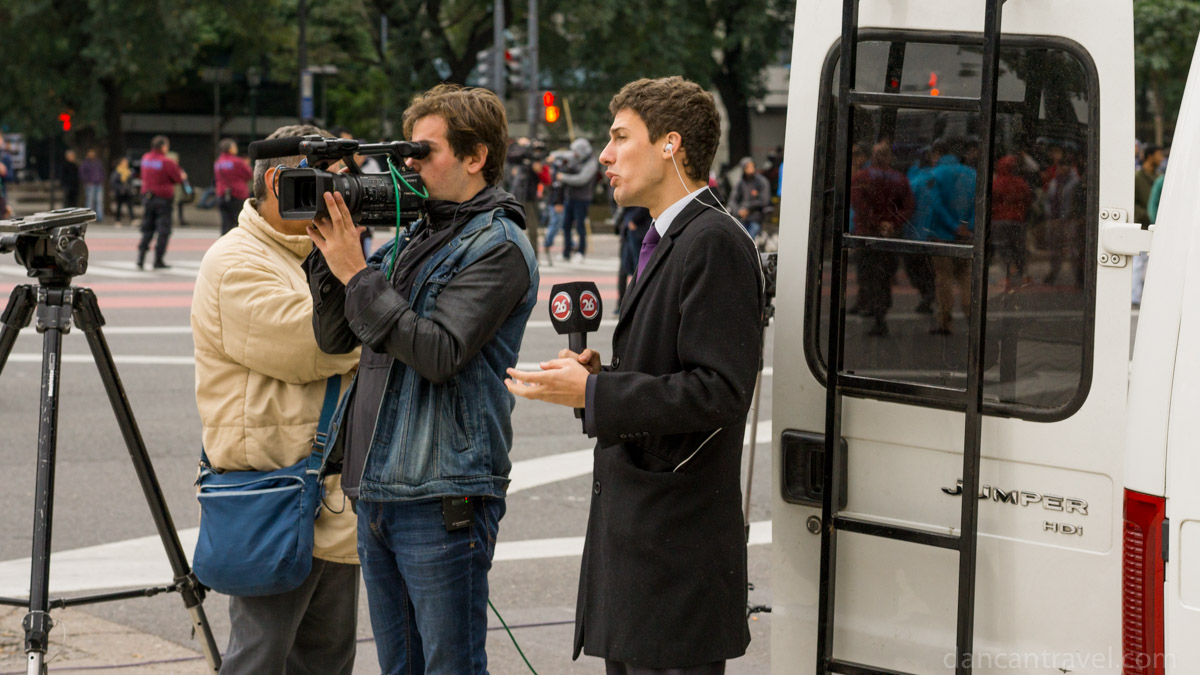