Wondering around Poznan in Poland, we walked into recommended restaraunt for cheaply priced Polish food. Unfortunately, as we just arrived in Poland, our ability to read Polish was pretty minimal. This was actually the first place we hit that we didn’t understand or recognize anything on the menu at all.

We politely asked the old lady behind the counter if she had an English menu. After some heaitation, in Seinfeld, Soup Nazi, “No Soup For You!” fashion, she gave an “uhhh” sound, followed by a stone cold stare before smugly and proudly bellowing out “No English!” with her hands stretching across the room in a dramatic sweep.

The three of us were taken back. We looked at her and politely said “ok”, and we walked out. Her cold stare continued.

There was nothing friendly about it, and we felt quite uncomfortable.

I’m open to the fact that maybe she wasn’t intending to be rude. Her language skills in English may have been so low that “No English!” makes up 90 percent of her English vocabulary. She may very well be a wonderful and helpful woman in every other capacity, and I hope she is. But, it didn’t feel that way to any of us, and it wasn’t the kind of response I’ve gotten in similar situations where there was a difference in language and lack of understanding the language.

When traveling in other countries, I haven’t experienced this often, but I’ve experienced this a few times and it’s never pleasant. In Argentina, for example, the owner of a famous restaurant in La Boca wouldn’t even make eye contact with me after he realized we couldn’t communicate well in Spanish (although I tried). It’s weird because I can usually communicate in Spanish pretty well when it comes to ordering food and the basic things like directions. In this case, the guy seemed to have little patience, and this lead to the slamming of my plates on the table, talking points with no eye contact, and blissful ignorance by the owner.

As a Canadian, I know our people can be just the same. I’ve seen it. I’ve seen people lash out at others because they don’t speak the same language or at a minimum make rude comments or gestures about it.

In Canada, we have people who will pit the French against the English, the English against the French, and both sides against any other language. There’s an attitude with some of us folks in the English speaking regions of Canada that “you are in Canada you should speak English”. I do believe if you are living in a place you should make an effort to learn the local language, for yourself, and for the community. This makes everything easier. I won’t demand it. I won’t enforce it. I won’t disrespect you about it, but it definitely should be encouraged.

Don’t speak English and need help? I’ll try to help you in whatever way I can, even if that’s through mimics or using another language we may both have, albeit limited, understanding of.

We need to think about our current situation, think about how we can accommodate others, and actually do it to the best we can regardless of our language or whatever ideology we have about people speaking the same language or whatever thoughts we have about the importance of our own language. We don’t know the other person’s situation, and we can’t assume they are just ignorant jerks unwilling to speak the local language.

We are all living in the same world. We may not understand each other, but in the world I live in, we are friendly, courteous, and helpful no matter what.

I don’t mention the names of the establishments where I encountered issues as a matter of decency. This article isn’t about calling out any establishment or particular individual. I’m not bitter. This is about getting along with other people regardless of language, and even though this is something travellers may often face, it’s something we see at home as well. 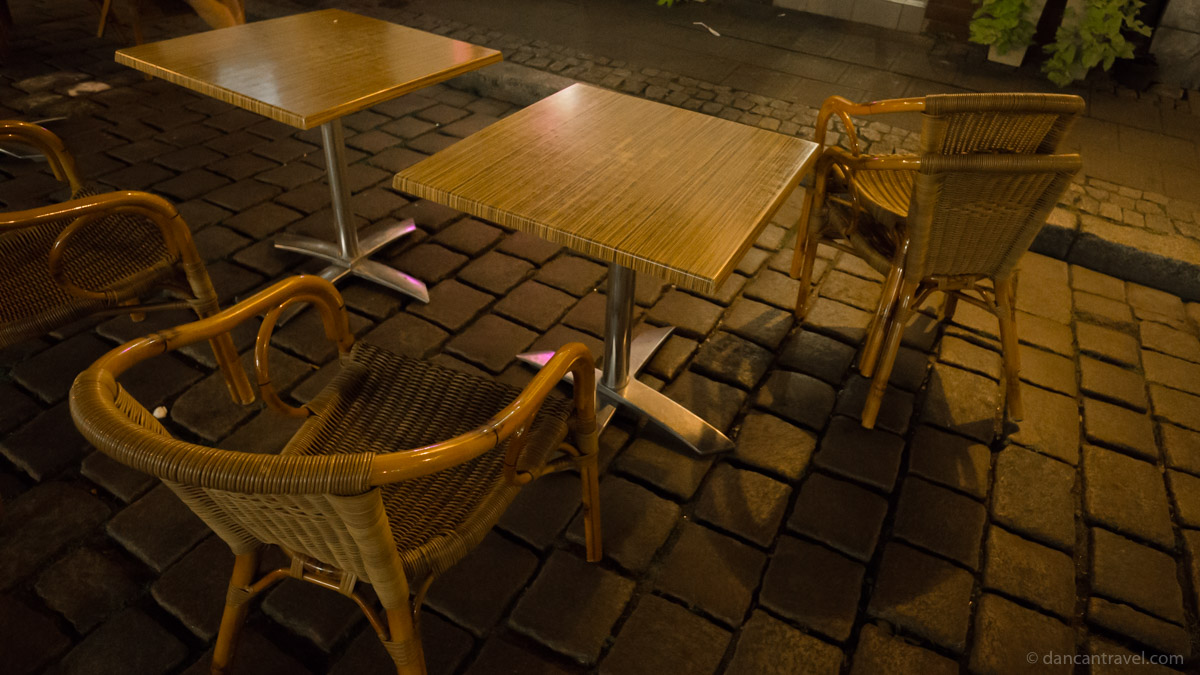