The contrast between buildings in the Soviet Era East Berlin is remarkable. Similar to other large, bland, and intimidating concrete structures erected by the Soviets in Eastern Europe, the former East Berlin has plenty of them. In typical communist fashion, one concrete structure looks strikingly similar (but not better) to the next. They are all concrete with lots of windows. Boring… dull… intimidating.

The erection of Berlin’s TV Tower (Berliner Fernsehturm) in the late 60’s was to show East Berlin’s might, progress, and to intimidate the West, particularly West Berlin. It was functional, and it was taller than West Berlin’s broadcast tower and designed to broadcast whichever communist television and propaganda the soviet regime determined to be essential. Well, this is definitely an intimidating tower as well. Unlike other TV Towers built in the same era throughout Germany, Berlin’s remains cold. It’s dark, intimidating, and haunting appearance resembles a giant “death star”, and as the day turns to night, the contrast between the round dark grey ball and the dark midnight sky becomes disturbingly creepy. I don’t hate the tower, it does look sort of cool, but I am calling it how I see it. 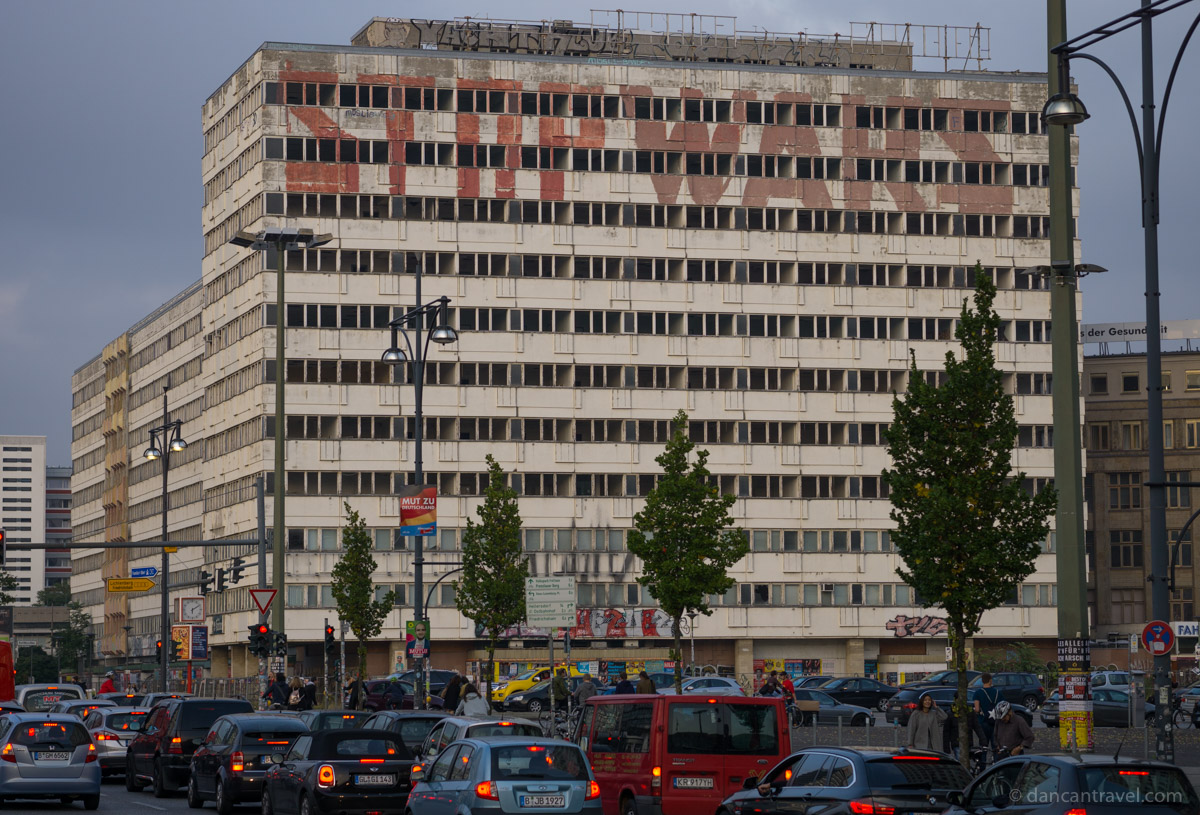 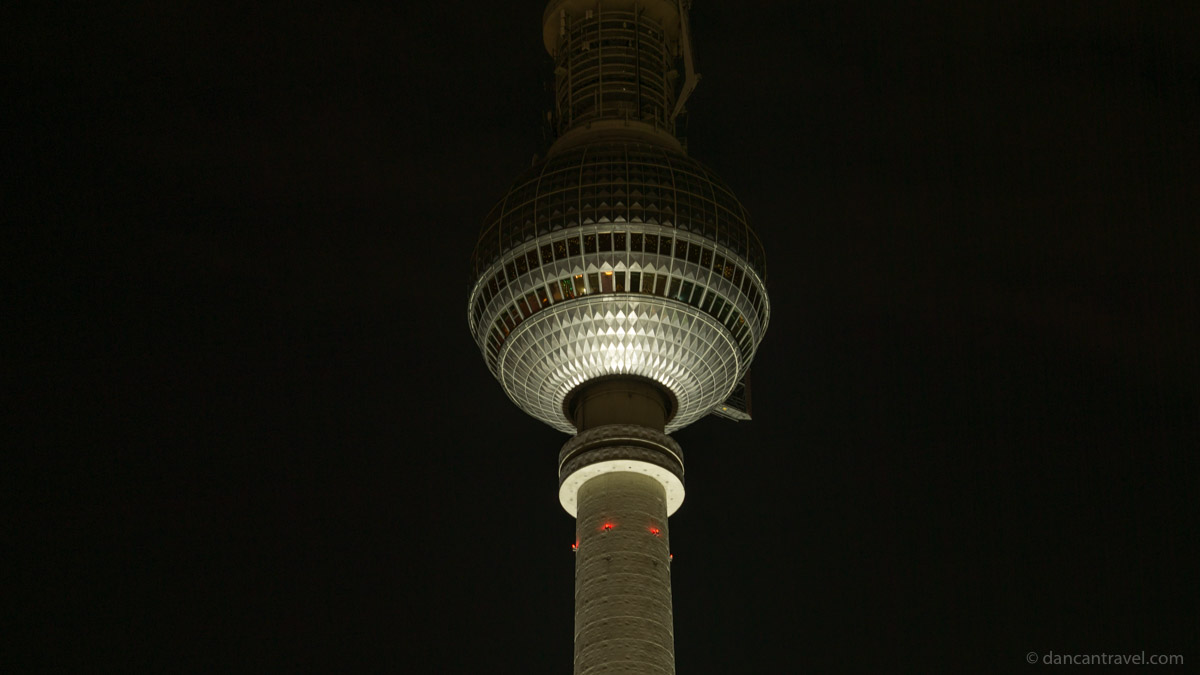 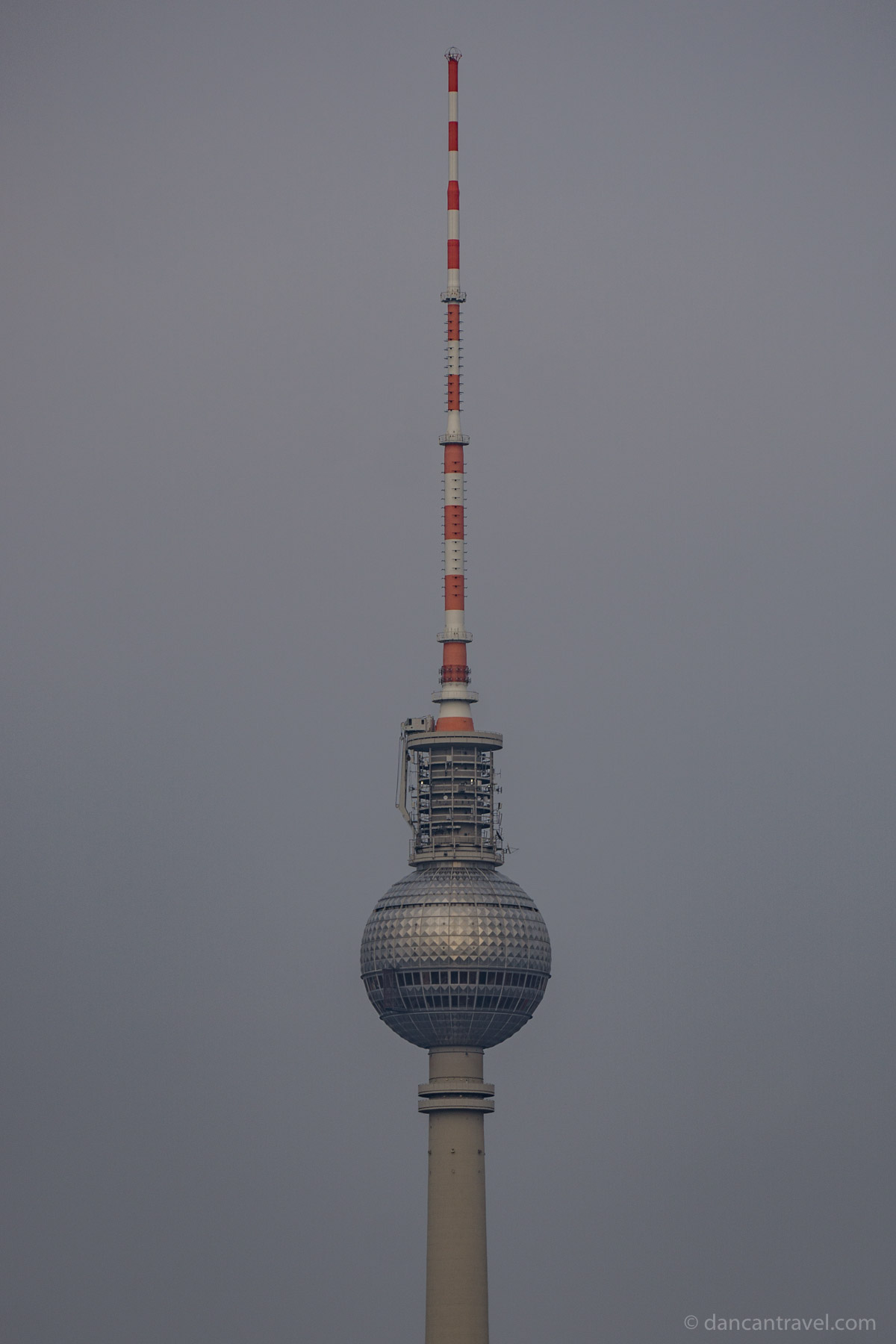